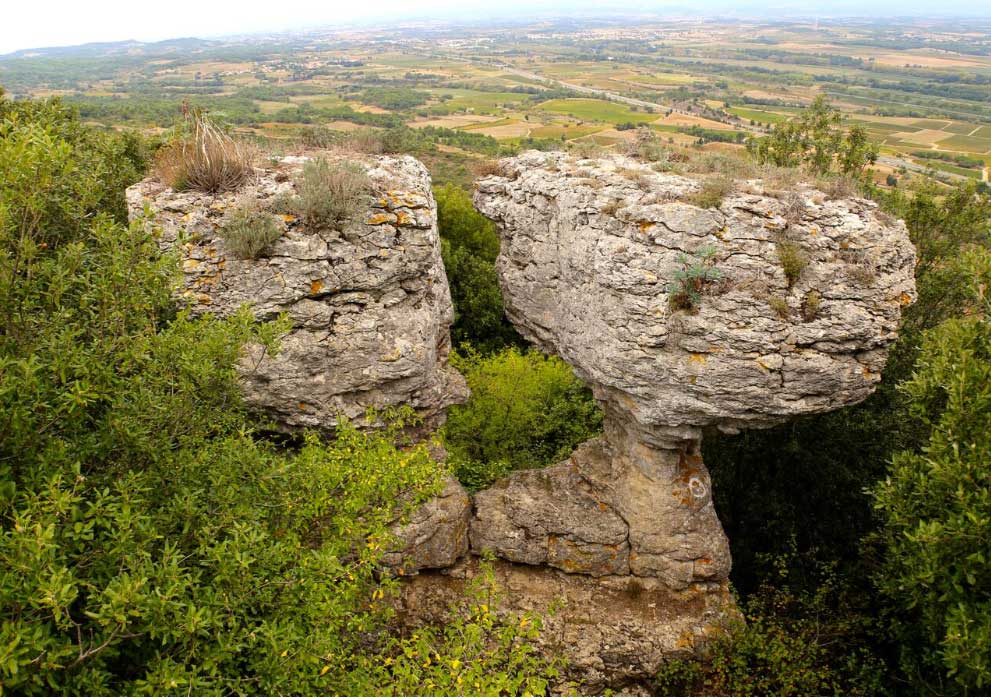 "The Alaric's Bénitiers are curiosities of nature that time and erosion know how to shape to better surprise us".

The Alaric mountain is a mountain located in the department of Aude, south-east of Carcassonne, in the Corbières. Its highest point is the signal of Alaric at 600 m.

Its northern slope is a wine-growing area : the Montagne d'Alaric vineyard. The clams are giant blocks, in fact limestone eruptions that have taken the form of clams. To understand these formations, you only need to move a few metres to the east to find yourself on the edge of a ravine and discover these cracked karstic plates in which erosion water seeps in.

From this astonishing geological ensemble, you will dominate the wide plain of the Carcassonnais, barred to the north by the Black Mountain dominated by its Pic de Nore. Water entered the cracks, froze and fragmented their bases, creating these curious clams.

There are four holy water stoup, all within a few meters of each other. Also to be discovered, also on the south-east side, the ruins of the 11th century castle of Alaric taken in May 1210 by Simon de Monfort from the lord of Alaric and a little further on, the priory of Saint-Michel de Nahuze. Other ruins of a fortified priory, the priory Saint-Pierre d'Alaric, are located further north on the GR77 path between Moux and the signal of Alaric.

Floure was also the adopted village of the great writer Gaston Bohneur.