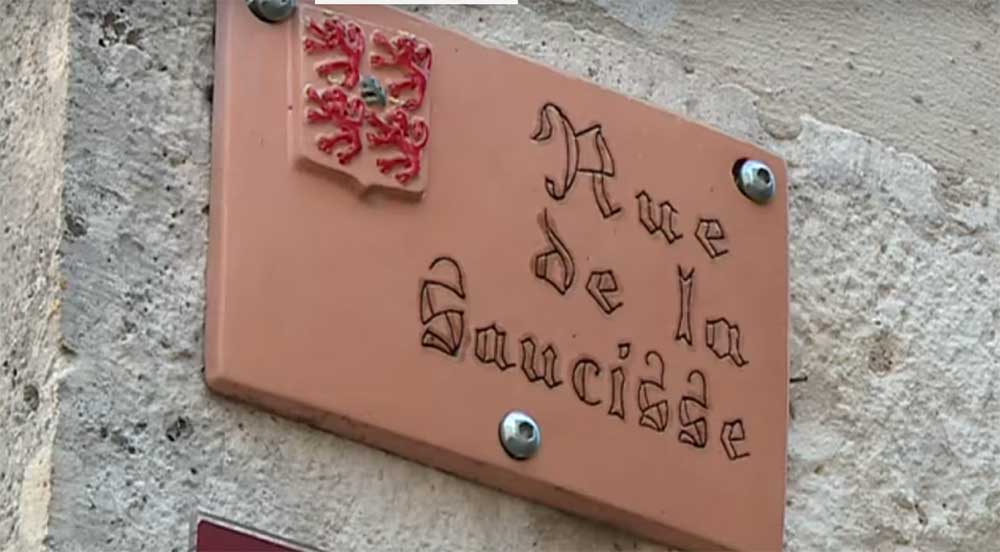 The vegan association "Peta" wants the people of Issigeac to think about the cruelty of making a sausage. "These people are completely irrelevant," retorts Elma Laporte, the only year-round resident of this small town's alley.

The association advises to rename it "Rue Soy-cisse", in reference to the soy in English.

In fact the sausage in question has nothing to do with the pig.

A resident of the small town explains the origin of the street name. Nothing to do with the culinary specialty.

According to her, it was the nickname of a resident of the street, who lived there several decades ago.

This woman had earned the nickname of "the sausage".

A small affectionate name, which the main concerned laughed about, explains the resident.

"Her name was Suzanne Tessier and the old-timers say that she loved this nickname.

The Mayor of Issigeac, Jean-Claude Castagner, did not appreciate the request of the association and the Rue de la Saucisse does not seem to be ready for any name change.

The White House of Perigord