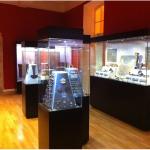 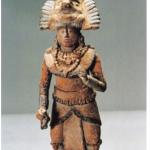 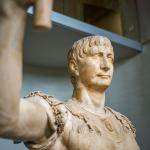 info_outline
You are here: Home / Regions / Occitany / 32-Gers / The Museum of the Americas - Auch, great museum of France

The Museum of the Americas - Auch, great museum of France

The Musée des Amériques - Auch, previously known as the Musée des Jacobins, is located in Auch in the Gers.

It is located at the foot of the old town, between the banks of the Gers and the cathedral Sainte-Marie.

"The history of the museum of the town of Auch is marked by two founding dates.
The first is that of its creation by a decree of the Directory of the Gers on 16 December 1793, making it one of the very first museums born of the French Revolution. The second is linked to the entry of the first pre-Columbian objects into the museum, brought back by an Auscitan traveller and aesthete, a certain Guillaume Pujos (1852-1921), who left for Latin America at the age of 27.

Passionate about art and archaeology, he collected about a hundred objects during his travels, which he brought back in 1896 and again in 1906.
Quickly integrated into the cultural life of his native city, he was appointed on November 7, 1911, as curator of the museum and took advantage of his position to exhibit the most beautiful pieces of his collection.
Ten years later, he made testamentary arrangements to bequeath them to the museum, along with a magnificent portrait of him by Maxime Dastugue".

The Museum of the Americas - Auch

The new museographic route offers 19 rooms and more than 1000 m² of permanent exhibitions.
The museum presents the second largest collection of pre-Columbian art in France after that of the Quai Branly-Jacques Chirac museum, offering a complete panorama of the pre-Hispanic cultures of Peru, Ecuador, Central America and Mexico up to the Spanish conquest. More than 400 pieces of goldsmithery, ceramics, weaving and wood are on display. The collection of Latin American sacred art is certainly the rarest.
Not to be missed is the exceptional Mass of Saint Gregory, a feather painting made using an Aztec technique in Mexico City in 1539, less than 20 years after the conquest of Cortes. It is probably one of the oldest Christian works in the New World.

The visit continues in the heart of the local heritage thanks to the rich collections presenting the history of the city and of Gascony from Antiquity to the 20th century.

Among the most beautiful pieces are the splendid frescoes from the Gallo-Roman palace of Roquelaure (20 BC), the 15th century bed of Cardinal Jean d'Armagnac, from the former Romanesque cathedral, which preceded the present building, the oliphant and the liturgical comb of Saint-Orens ... Without forgetting magnificent elements of traditional costumes from the 19th century or the fine arts collection featuring the works of Gers painters and sculptors from the 18th to the 20th century. The splendid "Phases de la lumière" by Jean-Louis Rouméguère, the astonishing "Fiancés réconciliés" by Mario Cavaglieri, or the sculpture by Antonin Carlès entitled "La Jeunesse".

Museum of the Americas Auch

The castle of Maniban, castle in Armagnac

The Museum of the Americas - Auch, great museum of France