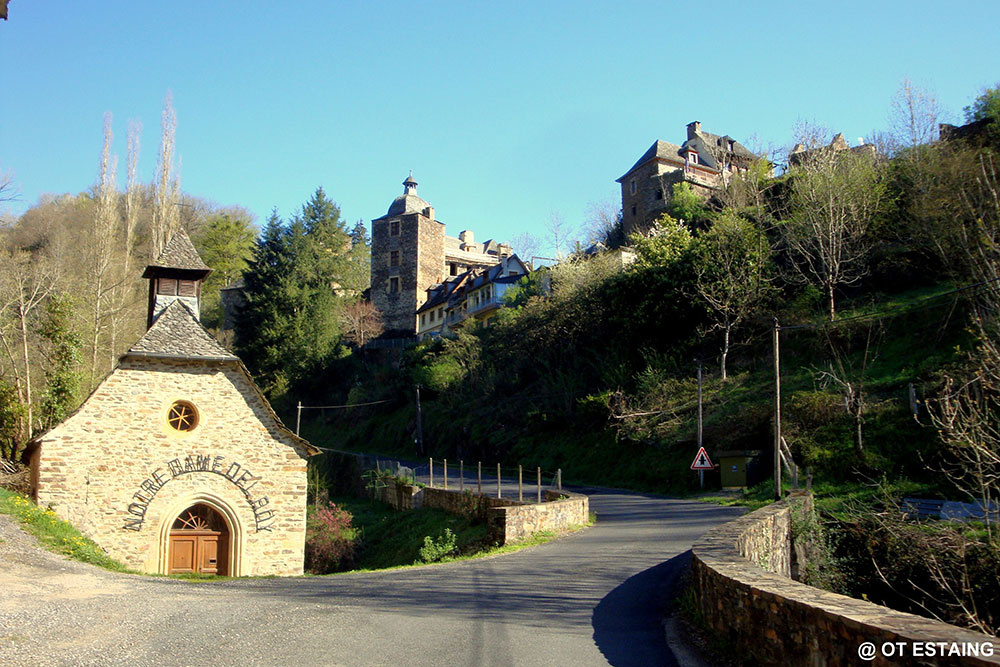 info_outline
You are here: Home / Regions / Occitany / 12-Aveyron / Coubisou, it's a small, charming little name... so is the village.

Coubisou, it's a small, charming little name... so is the village.

The territory of Coubisou begins in the Lot valley and extends to the foot of the Monts d'Aubrac.

The commune of Coubisou is made up of many small hamlets and four main villages, Coubisou, Nadaillac, the Causse and the Monastère-Cabrespine and many other hamlets .

The village owes its origin to a monastery of nuns from the 11th century. Built at the top of a hill, fortified in the Middle Ages, Coubisou has two towers on the three defensive elevations that the village had. Its admirable Saint-Médard church, rebuilt in the 15th century, has a Romanesque apse in the cul-de- four and contains a polychrome stone tomb.

It has been listed as a historic monument since 17 July 1978.

The village of the Cabrespines Monastery has many crosses including the beautiful cross of the oratory of 1540 at the entrance of the village. The present church, dating from the 15th century, contains a Pieta. In one of the chapels of the church is the

tomb of the ancient lords: it is a niche made in the wall, under an ogival arch and closed by a stone balustrade.

In Cabrespines, on the spur of Tourruol, you can see the ruins of the castle which, in the 13th century, was one of the favourite residences of the Tales of Rodez between Estaing and Espalion. The present castle was partly built with stones from the old fortress, which was then considered impregnable. It is also listed as a Historic Monument.

The detour to Cabrespines will take you to the chapel Notre-Dame Del Boy, while in Nadaillac you can see the archaic church, with its Romanesque choir, its barrel nave and its triumphal arch.

At l'Escalliou, on the edge of the RD 920, the Maison de la Vigne, du Vin et des Paysages d'Estaing and the Cave Coopérative, invite you to taste the wines of Estaing and meet the Coustoubis, the people of the Vin d'Estaing.

The Vignerons d'Olt are also the smallest cooperative cellar in France.