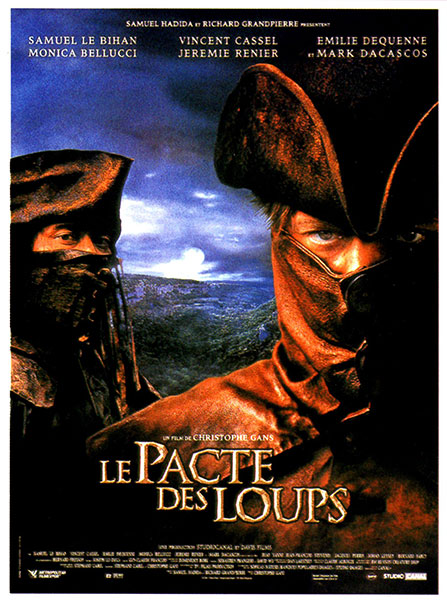 info_outline
You are here: Home / Regions / Occitany / 65-Hautes-Pyrénées / "The Pact of the Wolves" in the Pyrenees

"The Pact of the Wolves" in the Pyrenees

In France, the film was seen by more than 5 million cinema-goers.

Although loosely based on the story of the Beast of Gévaudan, which claimed many victims between 1764 and 1767, the film was largely shot in the Pyrenees.

It was Les Baronnies, a small territory near Lannemezan, which hosted the shooting of a film that brings together many stars:

After the Dordogne and the Gers, Christophe Gans chose the wild landscapes of the Baronnies and the Neste valley to continue filming: "At first we thought of Romania. And then we discovered this corner of the Pyrenees, there is everything you need here. Majestic and well-preserved scenery, ".

By hosting the filming of the "Pact of Wolves" for four weeks, the whole Lannemezan region has lived a beautiful economic history.

It is between 12 and 15 million francs, of the time, that the production will have left in the Hautes-Pyrénées.

150 people worked on the film.

Shooting began in the Gers region on 14 February 2000, and was spread over 23 weeks instead of the 15 initially planned over more than 8 departments such as the Dordogne, Val-de-Marne and the Hautes-Pyrénées.

Eighty sets of the script are outside, and problems related to weather conditions and crew management follow one after the other. Technicians, costumed extras and riders sometimes have to wait long hours to be able to shoot on sets swept by thunderstorms, but on arrival the film is a success.