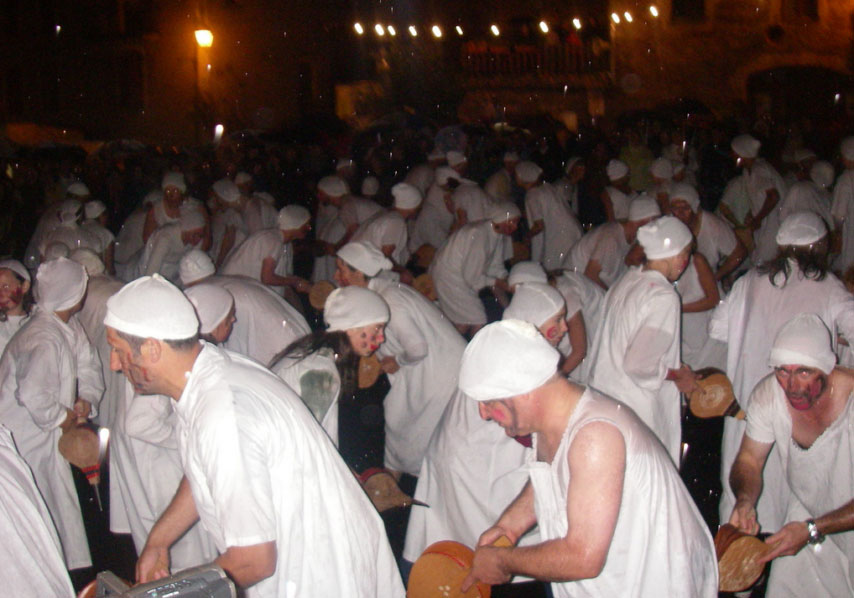 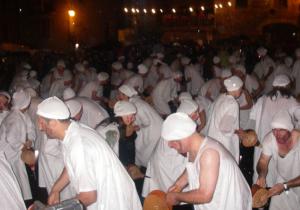 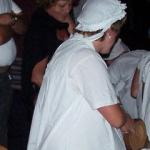 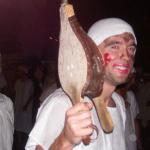 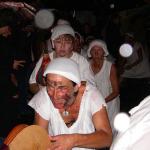 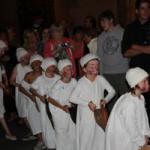 Every year, in August, Saint-Sever-du-Moustier, a village in Aveyron famous for its "unusual construction" and its Museum of Buissonniers Arts is delirious...
Imagine the men, women and children of the town putting on a white nightgown as in the old days, putting on a cap and putting on black make-up.
Without forgetting the famous bellows. Let's remember that in Occitan the word "souffler" is called "buffer" which explains the name Buffatière.


The Buffatière, dance of the bellows in the heart of the...
When the music specially dedicated to the village of Saint-Sever " e bufaier al trauc ", resounds, the villagers come out of the town hall and they start to move in the street one behind the other, from the oldest to the youngest, while blowing in the hindquarters of the one in front and then the one behind. The movement lasts about thirty minutes and ends with the formation of a snail in the central square and the village anthem, "infan de san sever".
"This round danced in several villages probably has a carnival origin. Its practice is very old, as attested by a bas-relief of a 16th century stall in the Collegiate Church of Notre-Dame de Villefranche de Rouergue.
It celebrated the fertility of the land, the passage from the old to the new season. Carnival, the passage from winter to spring, from death to life, symbol of rebellion, the breath to free the soul from the dead, the breath of abundance and vitality, the fertilizing breath (the bellows as a sexual symbol)... There are still many explanations...", explains the official website of the Buffatière de Saint-Sever-du-Moustier.
This traditional dance can be found in the south Aveyron but also in the Tarn and Hérault.

The largest bagpipes and cabrettes museum in the world