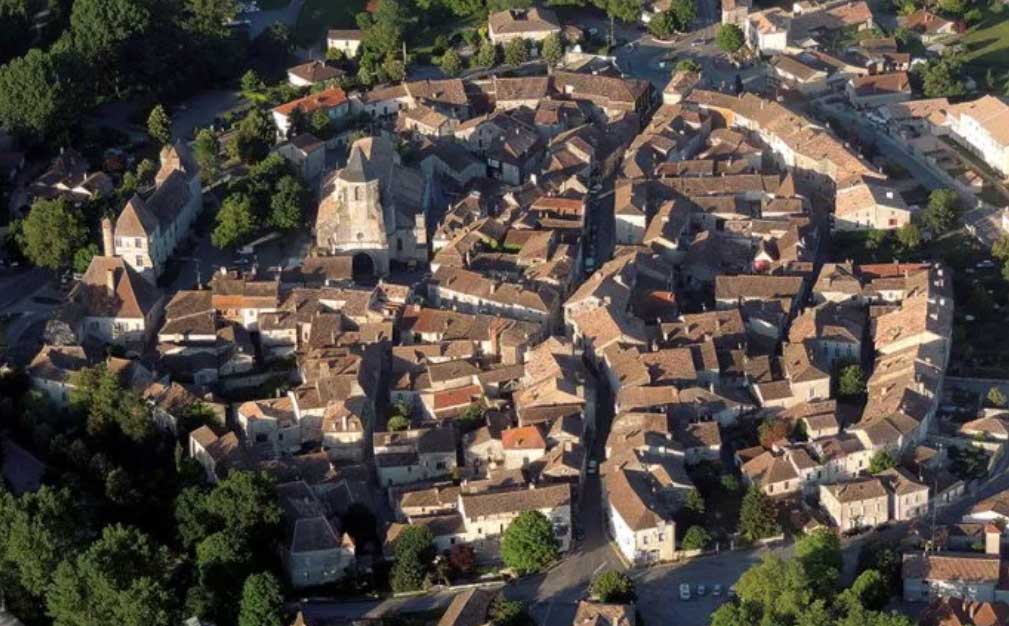 On the borders of the Dordogne and Lot-et-Garonne, Issigeac, is a medieval city of Gallo-Roman origin rich in history and architecture and where artists and craftsmen have chosen to live. Its foundation would probably go back to the stay of Publius Crassus with 12 cohorts, about 8000 men in 56 BC.

The heart of its ancient circular enclosure, where the alleys curl up like a snail, shelters a village of character. The tortuous alleys and the corbelled and half-timbered houses contrast radically with the harshness of the neighboring bastides.

To see in Isisgeac, the Palace of the Bishops of Sarlat which succeeds the buildings of the abbey ruined by the wars of religion. This large residence of 1660 is the work of François II de Salignac de la Mothe Fénelon. This castle shelters on the first floor the Tourist Office.

In Issigeac, the visitor will also go to the Maison des Têtes, an important house of the end of the 15th century, which offers on its last level a pretty part in pan de bois. Under the windows are grotesque and grimacing heads. At the corner of the house, there is a small stone sculpture, perhaps a lion, called the "Monsieur d'Issigeac".

Other houses to see are the Tithe House, which is currently being renovated and which faces the Bishop's Palace, and the Mushroom House, a small house whose wide corbels allowed the passage of carts.

The Prévôté, which can be seen from the town tour, is remarkable in particular for its dovecote on the wall of the old rampart.

The Gothic church Saint Félicien, very large, was erected at the end of the 15th century, by Armand de Gontaut-Biron, bishop of Sarlat and lord of Issigeac, on the site of the Romanesque priory. The construction took nearly 40 years and was completed in 1527.

The church of Saint-Félicien presents a beautiful ensemble of late Gothic architecture, a rare example in the Périgord, with three naves supported by flying buttresses, some of whose elements are remarkable such as the octagonal bell tower, the portal and its twisted, stick-studded vaults, the central nave with its barrel pillars, the apse and pentagonal apsidioles, the lancets (windows) of the chevet and the stained glass windows of the 19th century, the tuque wood statues (17th century) in the choir, the statue of Mary in gilded wood (17th century), a set of stained glass windows dating from the 19th century.

The church of Saint-Félicien was classified as a historical monument in 2001. Other buildings are also classified or listed such as the House of Heads, the House of Tithes, the Provost's Office and the Bishops' Palace.

Strolling through the streets, one meets many artists concentrated mainly in the rue Cardénal, the rue de l'ancienne Poste and the Grand' Rue.
Another driving event in the life of Issigeac is the weekly market, a must, especially in summer when it occupies almost the entire village.

Finally, a Medieval Day is organized in August, bringing together many inhabitants dressed in medieval clothes, with a parade of jugglers and street theater. Medieval crafts, music and art are on the program.

And then go to rue de la Saucisse, a beautiful story as we like it awaits you...

Also take advantage of your visit to stroll in the small villages around Issigeac, Boisse, Conne de Labarde, Bardou...