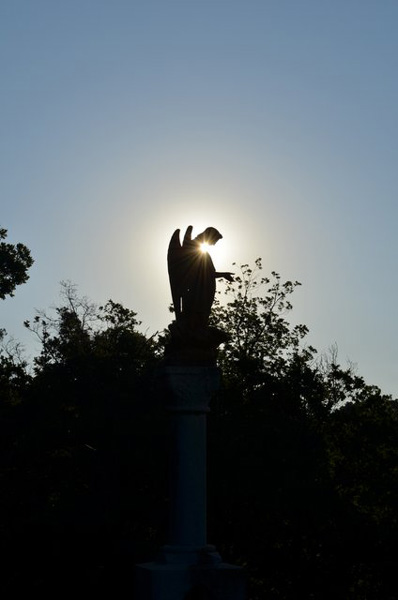 It was in May 1664, above the village of Saint-Étienne-le-Laus, that the Virgin Mary made her first apparition to a shepherdess, Benoîte Rencurel. During the following apparitions, the Virgin asked her to build a church and a house for priests, in the hamlet of Le Laus, in order to attract Christians wishing to live a path of conversion.

The Virgin Mary would have appeared at Benoîte Rencurel several hundred times in 54 years.

The shepherdess died at the age of 71, recognized by all as a saint for the fervor of her prayer, her patience and gentleness in welcoming pilgrims and her obedience to the Church.

Today the Shrine has become the spiritual center of the Diocese of Gap, a place of rest and recollection, whose official recognition of the Marian apparitions by the Church was proclaimed on May 4, 2008.

Near the altar of the Chapel of Bon contre, integrated into the Basilica of Our Lady of Laus, an oil lamp is permanently burning in front of the Blessed Sacrament. The Virgin Mary is said to have said to Benoîte Rencurel "the oil of the lamp, if one takes it and applies it, if one resorts to her intercession and has faith, one will be healed".

Notre-Dame du Laus is today one of the main places of pilgrimage in France, a place that invites you to discover the rich cultural heritage of the High Alps along the Via Alta as in Boscodon or Embrun.

Jean Guitton said of this place that it is "one of the most hidden and powerful treasures in the history of Europe".

Among the emblematic places of the sanctuary, we must mention the house of Benoîte Rencurel, the Basilica of Our Lady of Laus, the promontory of Le Pindreau where "Dame Marie" appeared indicating the hamlet of Le Laus where Benoîte Rencurel will find "a chapel from which will exhale good smells", the chapel of the Precious Blood and the Oratory of the Angel's Pass which symbolizes a legend concerning Benoîte Rencurel.