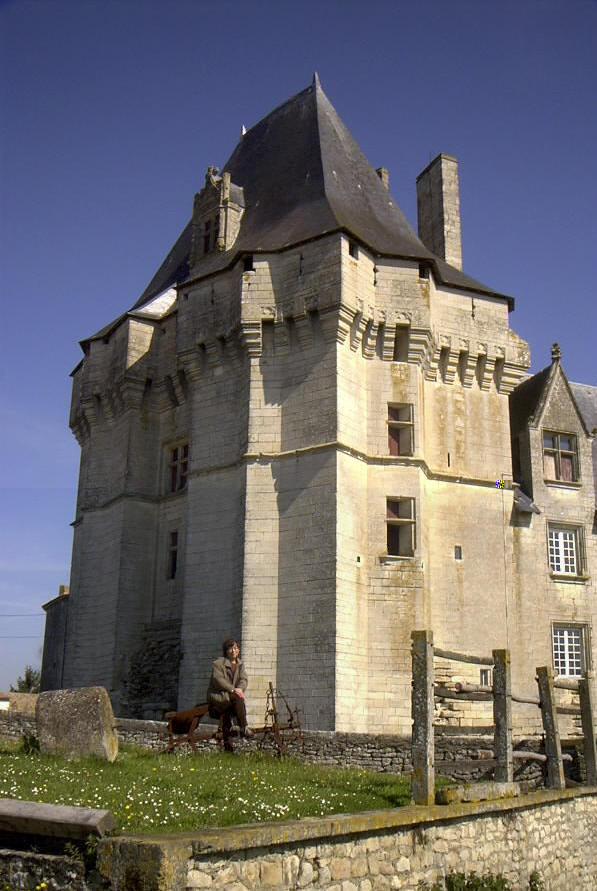 info_outline
You are here: Home / Regions / Nouvelle Aquitaine / 79-Deux-Sèvres / The Castle of Cherveux, a must see...

The Castle of Cherveux, a must see...

Historically, the first Château de Cherveux was part of the six fiefs confiscated by Saint-Louis from Hugues de Lusignan in the 13th century.

Today, there are no remains of this building.

The present Château de Cherveux was built by the Scotsman Robert Cunningham who fought the English at Formigny with Arthur de Richemont, Lord of Parthenay. He was then captain of the guard of Louis XI. Accused of treachery, thrown into prison, then rehabilitated by Louis XI, he died in 1479.

The castle went to one of his two sons, Joachim, captain of the keep of Niort. Louis de Saint-Gelais, his great-grandson, admiral of the Protestant fleet, made Cherveux, taken three times by the Catholics, a Mecca of the Reformation in Poitou. Then the castle was gradually abandoned by its owners before being sold as a national asset during the revolution and was then transformed into a farm.

The keep of Cherveux is a masterpiece of its kind that stands out in the distance. Surrounded by a moat, it has a star-shaped plan, with a covered way on machicolations, topped by a high roof. Six levels, with monumental fireplaces, a series of lamp-ends, and decorative elements of very high quality.

You must visit this castle where the spirit of the Scottish ghosts of the "Old Alliance" still hovers and which has been classified as a historical monument since 1929.

Thouars, city of Art and History