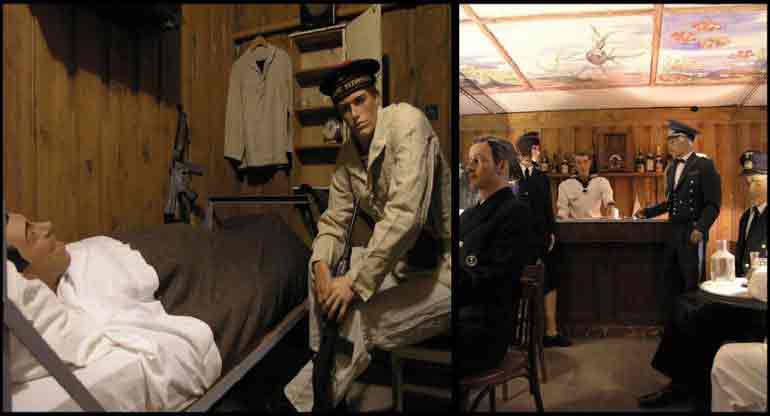 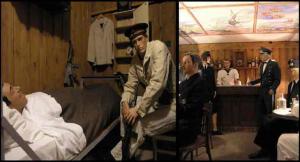 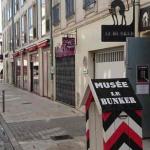 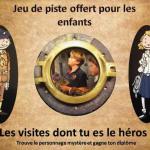 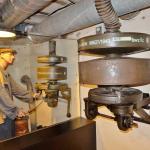 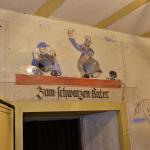 The Bunker of La Rochelle, a historic blockhouse

In the heart of the city, an astonishing 280m² blockhouse, home to the Admiral and U-Boot commanders during the Second World War, allows visitors to discover the history of La Rochelle from 1939 to 8 May 1945, the date of its liberation. Built in the greatest secrecy in 1941, after requisitioning the Hôtel des Etrangers, it allowed German submarine commanders to be protected from bombs. It has remained intact since 1945.
The construction of the bunker lasted until October 1941. The two small buildings at numbers 8 and 10 rue des Dames located in the extension of the hotel were then requisitioned and their former inhabitants relocated elsewhere in La Rochelle. These two buildings are razed to the ground and excavators are digging a large excavation in the square, where this 280 m² bunker will be built with 2 m of reinforced concrete protective walls. It has two large bedrooms for a total of 62 officers and six single rooms, including two admirals, a large bar, an office, a technical room and sanitary facilities. On the bunker is built a new building with all the modern comforts, still in place today, which becomes an extension.

The Bunker Bar
The bunker bar of the 3rd German Submarine Flotilla was heavily frequented by its officers, housed just above in the Hôtel des Etrangers, during the 350 air alerts suffered by La Rochelle. Apart from the alerts, the bar was also open and regularly welcomed Air Force officers installed at the Hôtel des Etrangers or invited by submariners. Their celebrations were very "watered" to celebrate the victorious return of a crew or the eve of departure on a mission, which could last more than 2 months at sea. Especially since, following allied technological progress in anti-submarine warfare, from May 1943 onwards the life expectancy of a German submariner in operation was only 3 weeks on average.
The bar has remained in its original condition with its tiles, false ceiling and wall panelling, which is unique in France. It was entirely decorated with marine frescoes by two German civilian artists from Hamburg, Annie Chèrié and Ruth Monsheimer.

Today, it offers a 280m2 course, a site decorated with marine frescoes that have remained miraculously intact.

When Gargantua created the Marais Poitevin...