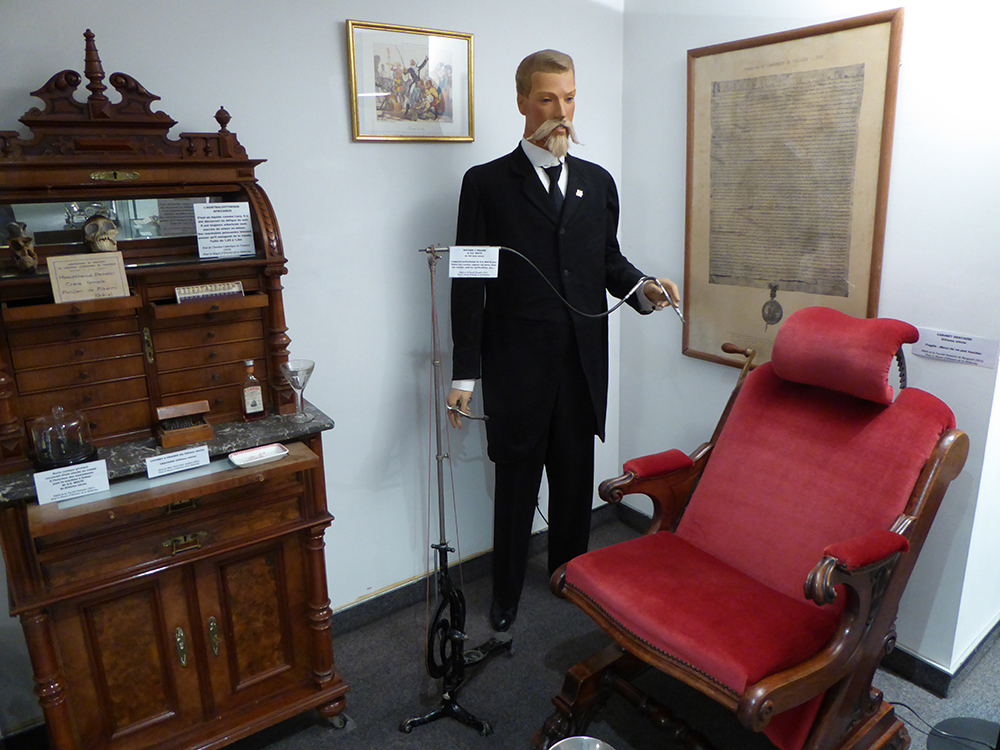 info_outline
You are here: Home / Regions / Occitany / 31-Haute-Garonne / Before the Coronavirus: The Museum of Medical Instruments

Before the Coronavirus: The Museum of Medical Instruments

The Hôtel-Dieu Saint-Jacques benefits from two museographic spaces at the entrance of the building, 2 rue Viguerie: the Museum of Medical Instruments of the Hospitals of Toulouse and the Museum of the History of Medicine of Toulouse.
The Museum of Medical Instruments installed in the Jean de Rudelle space at the entrance of the Hôtel-Dieu Saint-Jacques, complements the Museum of the History of Medicine created by Professor Jean-Charles Auvergnat in 1996 as well as the collections housed in the heritage rooms of the Hôtel-Dieu.
Thanks to the generosity of the Friends of the Hôtel-Dieu Saint-Jacques and La Grave, the Toulouse University Hospital has acquired a new museum entity, the "Museum of Medical Instruments", which offers the public a selection of various objects from the second half of the 19th century to the present day . The main donor of the collection is Doctor André Graulle (1927-2006), a hospital anaesthetist.
Professor Jacques Bazex, having learned about the creation of this museographic space, wished to donate the collection of anatomical waxes relating to skin diseases acquired by his father Professor André Bazex and Professor André Nanta. This donation is particularly valuable because few museums outside of Parisian museums hold such a collection.
The instruments and objects exhibited today represent a dozen specialities such as : pneumology, obstetric gynecology, urology, cardiovascular surgery, general surgery, anesthesia, ophthalmology, blood transfusion, ENT, orthopedic surgery, neurosurgery, radiology, odontostomatology, as well as dermatology through 30 wax casts describing pathologies such as tubercular leprosy, subrapilar pityriasis. ..
The collection also includes a series of medical and paramedical objects used in a transversal way: sterilization devices, pulse measuring devices, enemas, microscopes, syringes, microtomy devices or instruments that no longer have their equivalent today such as Wimshurst's machine, Garengeot's key, the thermocautere, Lucas-Championnière's sprayer...

The accident of Jean Mermoz