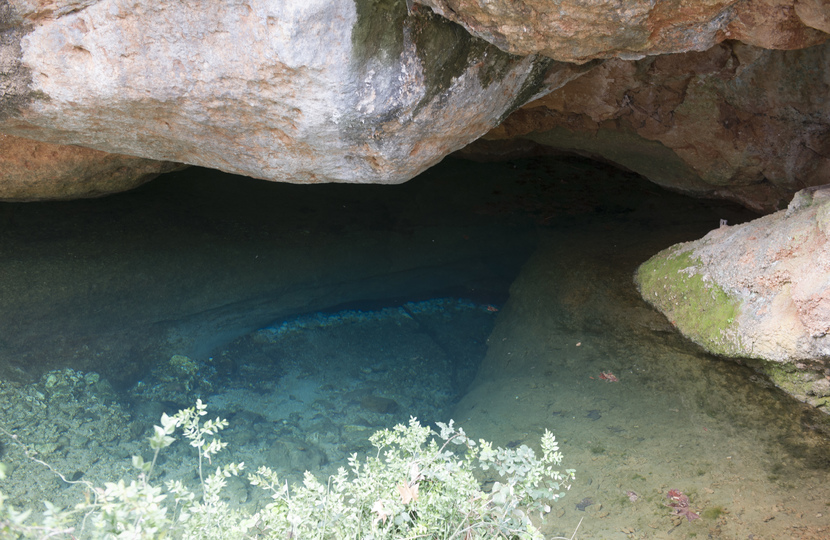 info_outline
You are here: Home / Regions / Occitany / 34-Hérault / When the "Madam's buttocks" bathe in the spring of Avy

When the "Madam's buttocks" bathe in the spring of Avy

Near Montpellier, in Grabels, the resurgence of the Avy, a tributary of the Mosson, offers a very unusual site, "les Fesses de Madame".
In fact, this site owes its nickname to the very evocative shape of two boulders overlooking the source of the Avy.
If the shape is curious, the history of the site is also very astonishing.
Indeed, traces of Neolithic ceramics have been found there. Hannibal and his hordes of Huns are said to have stopped here during his march on Rome in 219 BC. Duguesclin would have done the same during his crossing to Spain in 1365.
Finally, it is also said that since the dawn of time, it has been the lair of a dragon...

Legends and dragon...
A legend dating back to the dawn of time tells that the Dragas is the lair of a huge dragon that comes out at night to kidnap and devour disobedient little children. It is said that you can easily hear the Dragon growling in times of heavy water.

A beautiful walk for the whole family.