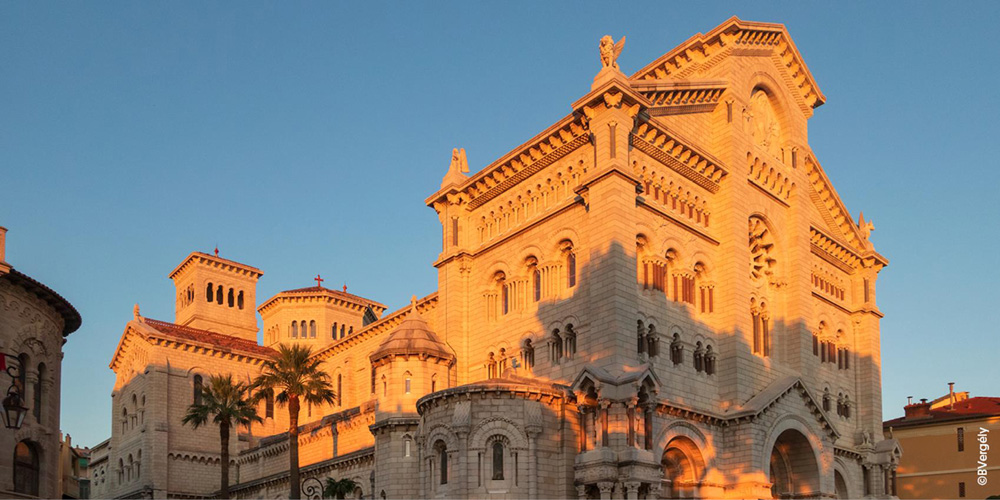 info_outline
You are here: Home / Regions / Monaco principaty / The Cathedral of Our Lady Immaculate of Monaco

The Cathedral of Our Lady Immaculate of Monaco

Built in 1875, the Cathedral of Monaco, in Romanesque-Byzantine style, houses the tombs of deceased Princes, including those of Rainier III and his wife Princess Grace.
It succeeded the church of Saint Nicolas which was destroyed in 1874. The foundation stone of the cathedral was laid on January 6, 1875. The work was completed on November 12, 1903, but it was not consecrated until 1911.
Built in white stone from La Turbie, this cathedral benefits from a high quality interior decoration which allows to admire in particular an altarpiece of the painter from Nice Louis Bréa, dating from the year 1500, a high altar and an episcopal throne in white marble from Carrara.
The Cathedral houses three chapels, the chapel of the relics of Saint Devote, patron saint of the Princely Family, the Principality and the Diocese of Monaco, the chapel of Saint Roman, a shepherd and soldier martyr and protector of the Principality, and the chapel of the Blessed Sacrament, the funeral chapel of the bishops and archbishops of Monaco.
Also worth seeing, but above all listening to, is the great organ with four keyboards, inaugurated in 1976, whose magnificence allows the organization of superb spiritual concerts.
From September to June, every Sunday at 10 a.m., mass sung by "Les Petits Chanteurs de Monaco" and "La Maîtrise de la Cathédrale".

The Cathedral of Our Lady Immaculate