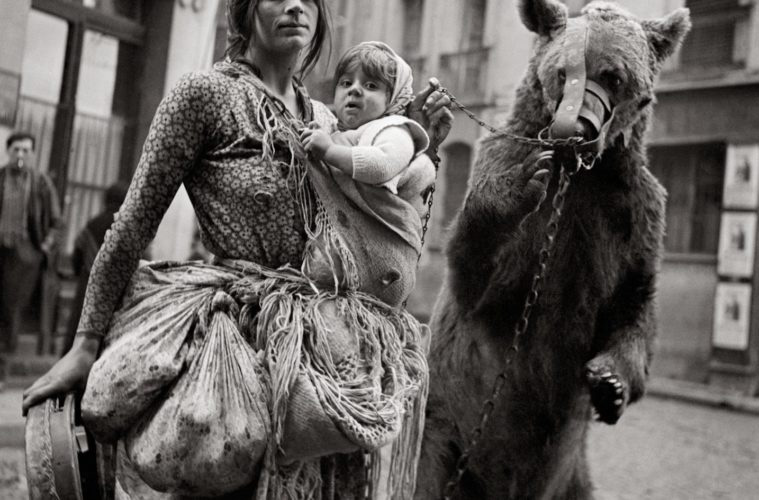 In the house of Blagnac slept thousands of photos and negatives...
The great photographer Germaine Chaumel, who died in 1982, was a privileged witness of the Toulouse of 1935/1950.
Her daughter Paqui had begun a work of revival of the work of her mother, a resurrection which continues with the assistance of the Municipal Archives of Toulouse.
Totally forgotten in the current history of photography, Germaine Chaumel was nevertheless one of its greatest representatives.

Germaine Chaumel a life, a work
She was part of what is called the "new vision" of photography that developed between the wars, but simply did not have the chance to practice her art in the capital of photography that was Paris at the time.
Self-taught, she trained in photography by studying the work of Man Ray and Brassaï, her references.
From 1935 onwards, her passion for photography became so exclusive that she really made it her profession in 1936.
Very quickly, she began to take portraits, particularly in the studio she set up in her apartment, as well as reportage, notably for national newspapers (L'Express du Midi, which was to become La Garonne, Paris-Soir....) or international newspapers (New York Times).
Armed with her Rolleiflex, she swept through all the fields of photography, from street scenes to advertising, from still life to nudes, from fashion to urban landscape.
As a quality photojournalist, she covered the major events of this troubled period: the great strikes of 1937, the exile of the Spanish Republicans in the Pyrenees in 1938, the arrival of thousands of refugees in 1940, the two trips of Marshal Pétain to Toulouse, the great Vichy demonstrations, the liberation of the city in August 1944 and the arrival of General de Gaulle.
It is also a witness to an intense cultural life that saw the most famous artists of the time come to Toulouse: Louis Jouvet, Maurice Chevalier, Jean-Pierre Aumont, Jean Nohain and Josephine Baker.
She even established herself as a good sports photographer.
Her work, of an exceptional sensitivity, carries an empathetic glance of a moving proximity on the daily life of the Toulousans.
On the occasion of the 30th anniversary of her death, the City of Toulouse and the Espace EDF Bazacle, in collaboration with the Château d'eau, Toulouse's photography gallery, have decided to pay tribute to her from November 2012 to February 2013.