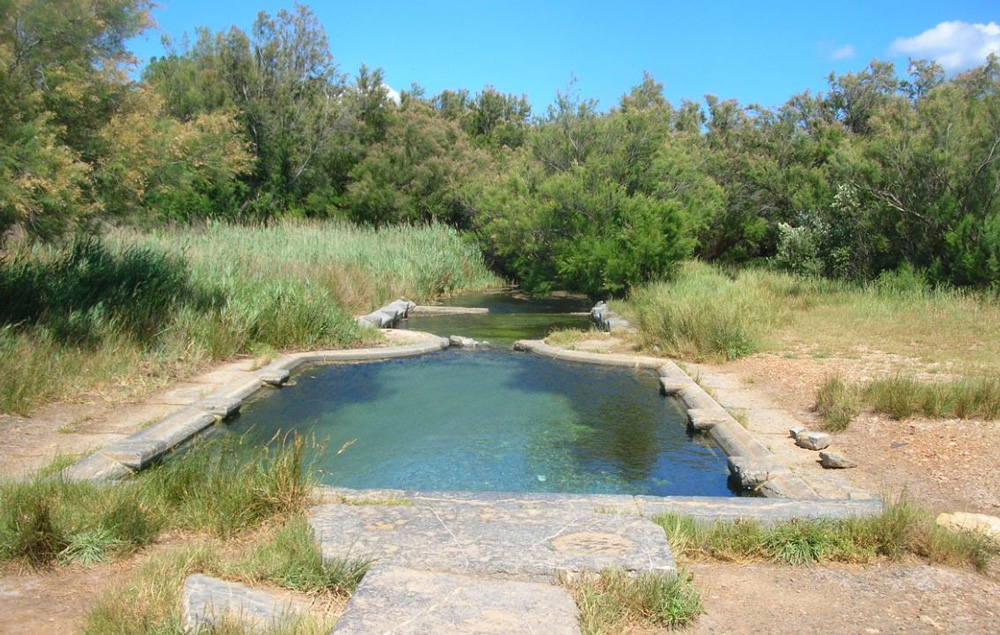 La Palme and its laundries... the big laundry...

In La Palme, the inhabitants of the late 19th century had set up washhouses where they discovered water sources.

Built in freestone, known as Blue Stone, they have very slightly salty water, with a constant temperature of about 18°.

On the rue du Lavoir, you will find the first one, the smallest one, of rectangular shape, which has kept its place among the constructions, in the heart of the village.

The second one, the Lavoir de Païcherasse, is located 1.5 km from the center of La Palme on the chemin des Salins of the lagoon of the same name.

An hourglass-shaped washhouse that emerges from nowhere, crammed in the middle of tamarind trees, rushes and unruly reeds, tossed around by the winds of land and sea.

A tastefully crafted washhouse with the same blue stones extracted from the surrounding quarries.

These are refreshing places that offer a nice walk or bike ride.

The laundries of La Palme have been renovated by the association IDEAL from 2009.

Blue Stone extracted from the quarries of La Palme was also used for the construction of the houses of the time.

It made it possible to create beautiful contours for doors or windows or charming staircases that stood the test of time, always visible during walks in the village.

The gorges of Galamus between Cathar and Catalan Country