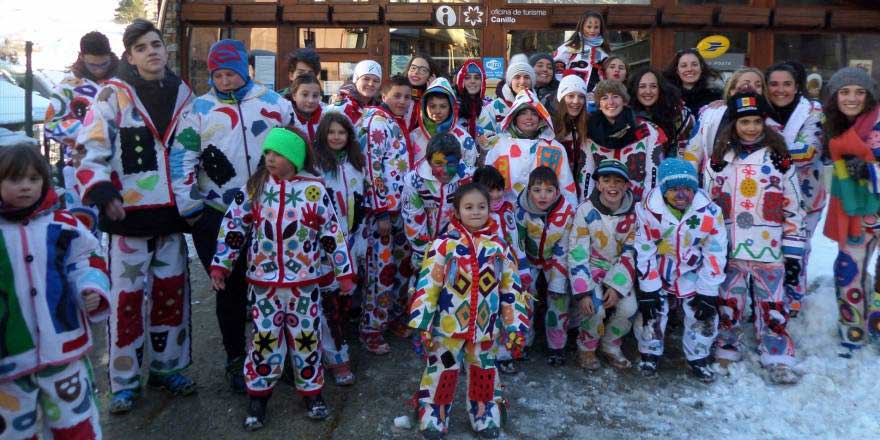 info_outline
You are here: Home / Regions / Principality of Andorra / The Carnival of Canillo, its Harlequins and its king "Carnestoltes".

The Carnival of Canillo, its Harlequins and its king "Carnestoltes".

The Canillo carnival takes place during the weekend and reaches its peak on Carnival Monday, which falls on February 24th in this year 2020.
In Canillo, the Harlequins are the stars of the carnival and of the parade that follows the hanging of King "Carnestoltes". These Harlequins are in charge of animating all the events organised as part of the carnival.
Originally, the clothes of the Harlequins of Canillo were made of old two-piece pyjamas, preferably in light colours, on which coloured yokes and flowers were sewn, as well as bells tied around the ankles.
The tradition has endured to this day and certain garments, which are passed down from generation to generation, are the pride of many families.
These figures inspired the couple of giants of the parish, two figures more than three meters high that were added to the festival in 2012.