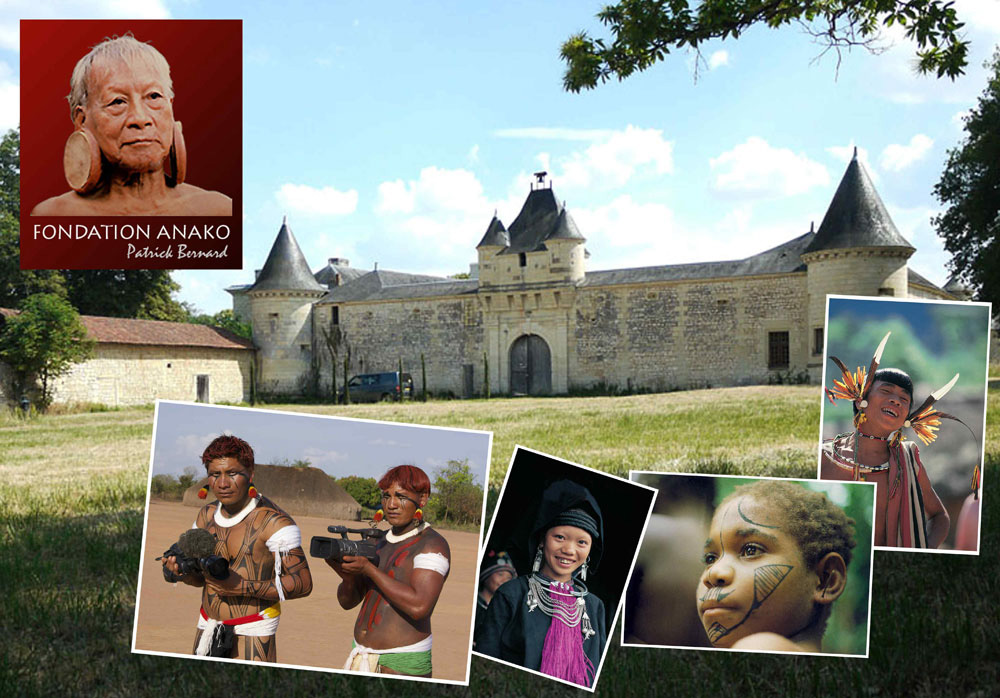 info_outline
You are here: Home / Regions / Nouvelle Aquitaine / 86-Vienne / The Ethno-Museum of the Château de Verrière

In a 14th century Angevin fortress, the knowledge and traditions of the first peoples transmitted orally, exposed there by a foundation of Saumur, Anako

When you arrive at Verrière Castle, you can only be struck by the gigantic bridge that has been built, beyond space and time, between an era of our civilisation, represented by these walls, during which the mainly peasant people transmitted their knowledge and traditions orally, and the contemporary era during which "first peoples" still live, dispersed in the most remote corners of the earth, who act in the same way.

An unusual clash of civilization, of course, but so rich in lessons!

The Anako Foundation operates in Saumur, where it has its headquarters.
It is this foundation that created the ethno-museum that can be discovered at the Château de Verrière in Vienne.

The purpose of this foundation is twofold. Let's read what she says herself:

The root peoples, whose most isolated have managed to preserve a very strong link with nature, are now facing a rapid extinction of their lifestyles, animist spiritualities and rich cultures of oral tradition.

The Anako Foundation supports field programs around the world that enable indigenous communities to reclaim their image and learn to use audiovisual tools to write their own history book, which they had previously been deprived of, by recording the words of elders themselves or by filming their most important rituals for future generations. In addition to its field programs, the Foundation identifies, collects, digitizes and preserves recordings, writings and images made by pioneers of ethnographic exploration in the mid-to-late 20th century. These extremely precious images and sounds bear witness to cultures and lifestyles that have now disappeared and can thus complement the memory work initiated by indigenous communities and the latest tribal societies ».

Vast program and very beautiful subject, because, when the memory fades, it is a little of our humanity that fades with it....

In short, in order to build a memory of the root peoples, the Anako Foundation sets up field programmes with indigenous communities and ensures the collection, digitization and conservation of the audiovisual memories of the most threatened peoples of the human family.

Every year, it is during the last weekend of June that the Anako ethnographic film festival takes place: screenings, debates, meetings with indigenous representatives and great witnesses from all over the world, exhibitions...

It takes place both in the Château de Verrière and in several rooms in the nearby city of Loudun.

The festival also includes the Anako Memory Scholarships, which are intended to support initiatives by indigenous communities, researchers or filmmakers.

Each year, this festival is based on a theme. For example, for 2020, the theme is "childhood and growing up". If you have made one or more films on this theme yourself, within the framework of the First Peoples, you can submit them to the association.

On 600 m² of exhibition and multimedia space, you will discover the arts and traditions of the first peoples highlighted, among other things, by vast windows offered to the foundation by the historical society of Chinon, Vienne Val de Loire.

Some of the exhibitions: Papuans from New Guinea, the lost paradise of the Trobrian Islands, the last hunter-gatherers, the aborigines of Australia, the last Great Nomads, etc... very enriching, and superb!

(and, while you are there, take the opportunity to visit the Château de la Mothe Chandeniers... it's very close!)