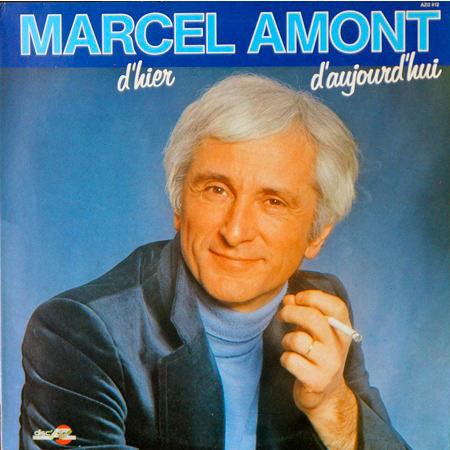 Marcel Amont, the Pyrenean of Paris

Marcel was born a little by chance, on April 1st 1929, in Bordeaux where his parents had settled to earn a living.

But the land of Marcel Amont, whose real name was Marcel Jean-Pierre Balthazar Miramon, is Borce, in the Aspe valley, in the Atlantic Pyrenees.

He hesitated between sports and singing and finally landed in Paris in 1950. Like all young artists, he frequented the capital's cabarets and in 1956, at the Olympia, he opened for Edith Piaf.

He recorded his first live album and won the Prix de l'Académie Charles-Cros with Serge Gainsbourg and Juliette Gréco.

At the same time, he made his film debut alongside Brigitte Bardot in "La mariée est trop belle".

In 1962, he starred in Bobino for 3 and a half months with his first big hit "Le mexicain", presented to him by Charles Aznavour and Jacques Plante.

In 1965, a new Olympia for five weeks where, long before Claude François, he was surrounded by dancers.

On October 1st 1967, he appeared in the first colour programme in the history of French television.

In the 70's he was often part of Maritie and Gilbert Carpentier's shows.

He set to music two texts by Georges Brassens, who had already given him "Le Chapeau de Mireille" in 1976.

In spite of the changing fashions, Marcel Amont is still there. Songs, shows and book writing, he never stops.

In 2007, he returned to the Olympia, 50 years after his first appearance.

He will also take part many times in the "Âge tendre, la tournée des idoles" tour. In October 2009, he celebrated his 80th birthday with a series of recitals at the Grande Comédie in Paris.

In 2010, he took part in Emma Daumas' children's album "Les Larmes de crocodile". He writes several texts and sings a duet with her, to music by his son Mathias Miramon.

Married to Marlène for more than 40 years, Marcel Amont divides his life between Saint-Cloud, in the Paris region, and his beloved Aspe valley in the Pyrénées Atlantiques.