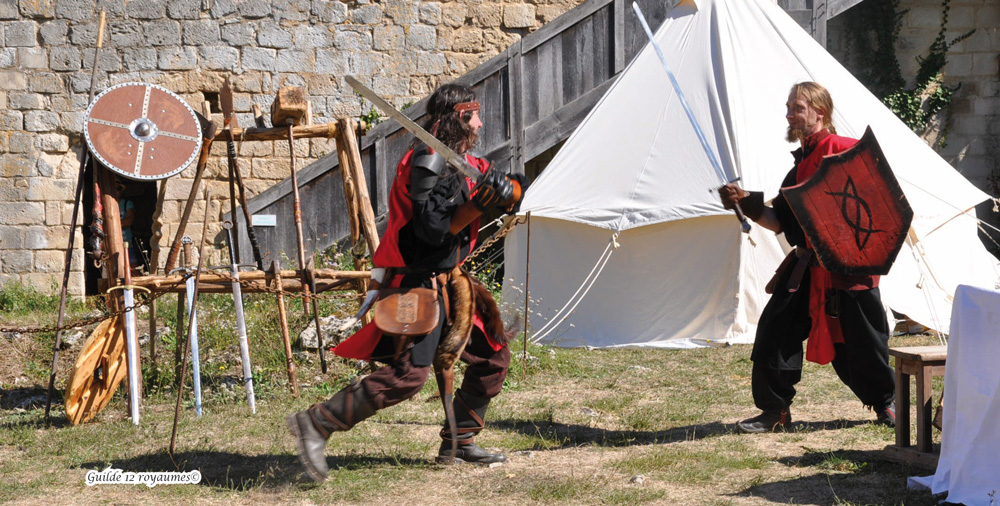 info_outline
You are here: Home / Regions / Nouvelle Aquitaine / 79-Deux-Sèvres / The castle of Coudray-Salbart, the best preserved 13th century castle in France and England

This impressive 13th century castle, attributed to the legendary fairy Mélusine, at the heart of the struggles between the Capetian kings of France and Plantagenet of England, controlled the crossing of the Sèvre Niortaise, the southern border of the lords of Parthenay-Larchevêque.

Its last owner, Pierre du Dresnay de la Taillée, sold it in June 2000 to the Communauté d'Agglomération de Niort for the symbolic franc. Since then, many restoration works have been carried out, others are in progress.

Current archaeological studies classify it as the best preserved 13th century castle in France and England.

A unique castle in Europe...

Architectural model for the period, it offers some unique features:
- 14 rooms in an exceptional state of conservation, 12 of which are vaulted.

- 8 rooms open to the public.
- 2 almond towers.
- A peripheral shaft in the upper courtyard (corridor inside the walls)

And unique in Europe...

- A mysterious fortress with remarkable defenses.

The association of the friends of the castle of Coudray-Salbart, which takes part in the excavations and the works also organizes guided tours and educational and ludic animations.