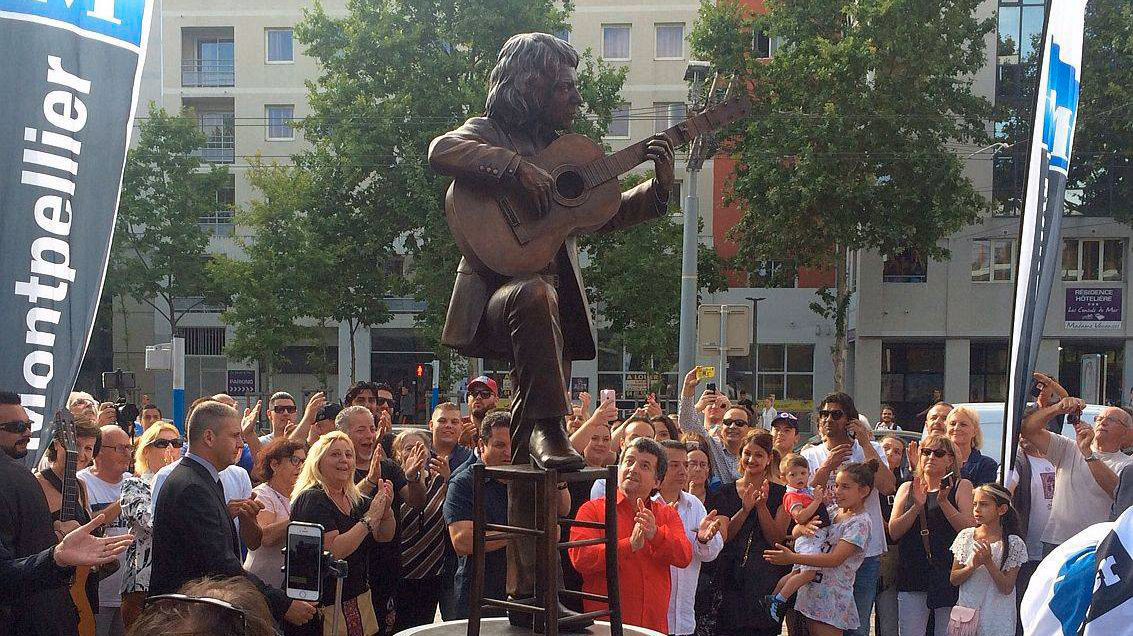 The statue of Manitas de Plata erected in Montpellier

One of the greatest gypsy guitarists, Manitas de Plata now has his statue on the square in front of Montpellier. town hall.

His real name Ricardo Baliardo, he was born on August 7th 1921 in Sète in a caravan.

He owes his survival during the Second World War to the fact that he was hidden in Lunel before being, in Paris, the protégé of Django Reinhardt, who owed his survival only to his undisputed talent.

Ricardo Baliardo, accompanied by his uncle Moro, his brother Hypolite and his cousin José Reyes, distinguished himself by playing guitar during the pilgrimage to Saintes-Maries-de-la-Mer. On 24 May 1955 the photographer Lucien Clergue noticed him there.

His first album was released in 1957. Manitas de Plata was illiterate and couldn't read a musical note.

His younger brother, Hippolyte Baliardo, who accompanied him at the start of his career, died on 27 May 2009 at the age of 80.

On 19 April 2013, at his home in La Grande-Motte, he suffered a heart attack from which he escaped. But, a few weeks later, it is discovered that he is ruined.

He will end his life in a retirement home and will disappear on November 6, 2014 at the age of 93.

Olargues, one of the most beautiful villages of the Herault region

The statue of Manitas de Plata erected in Montpellier