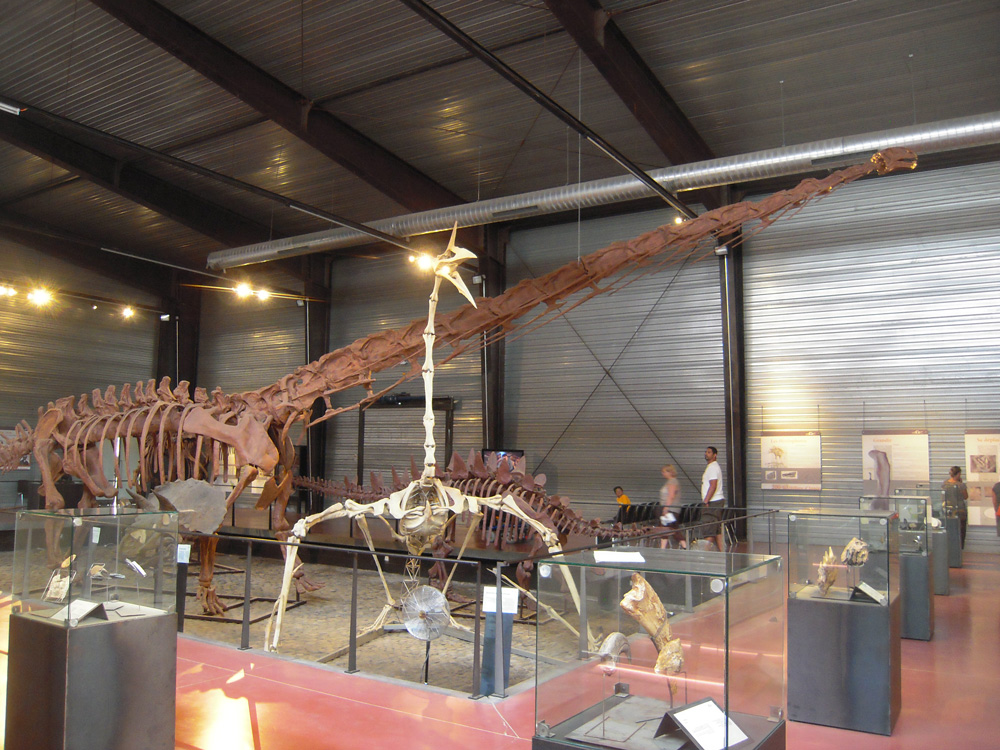 Inaugurated in July 2007, the Dinosaur Museum of Esperaza is the first French museum entirely dedicated to dinosaurs and their contemporaries.
It succeeds a first version, inaugurated in June 1992, which was a great success but soon proved to be too small.
More than 3,500 m2 of exhibition space allows visitors to go back in time to the origins of life on Earth, nearly 3.5 million years ago.
Hundreds of fossils, millions of years old are exposed, dinosaurs, reptiles, mammals, invertebrates and plants discovered around the world.
It must be said that the largest French deposit of dinosaurs is nearby, in Campagne-sur-Aude, a few kilometers away.
Among the rare pieces is Eva, a large sauropod dinosaur, the most complete ever found in France.
The first bones were discovered in 2001 by Eva Morvan, with the skeleton of more than 200 bones being found in 2007.

Medieval cuisine and music on the menu of the Quercorb Museum